Join in for 5 days of self discovery through movement including workshops, performance displays, an Open Forum, and the first International Parkour Freerunning Film Festival - iPK F3.

Find out why this new discipline is one of the fastest growing in the world, and why everyone from kids to young adults and families are getting in on the action. Participate and experience the power and freedom of parkour at the free Public Workshops, learn more about parkour and its philosophy at the open forum with Daniel and be thrilled and inspired by the specially selected films at the international Parkour Freerunning Film Festival.

This project is proudly brought to you by the Superfly Monkey Dragons Parkour Freerunning Academy and Agency and is powered by the National Youth Council’s Pitch to SHINE Grant.

Share in the excitement of seeing some of the most creative and unique parkour short and feature-length films over 2 days with other parkour practitioners and the ever curious public -happening for the first time in Singapore. Find out how you can get your parkour short film screened at the iPKF3 Festival here!

Never believing he would ever do parkour, thinking that it was too extreme and bad for his joints based on all the videos he had seen,Derrick had initially dismissed the discipline. Luckily, however he was properly introduced to it by chance in late 2011 through a friend. It was then that he was actually able to experience its true value and power, realising it was not about the big jumps and stunts often portrayed in the videos, but more about challenging one's own limits, reigniting one's sense of wonder and learning to master one's body, mind and spirit.

It was a beginning of a new journey, and after making a stronger commitment to the craft in mid 2012, he recruited a group of friends to train with. From this group grew what is now the Superfly Monkey Dragons Parkour Freerunning Academy and Agency.

For Derrick Parkour and Superfly have joined the dots from his past. They bring together his experience in personal development, medicine, media and events.  Jump Asia represents a commitment to bringing world class athletes and teachers of the art to Singapore and the Asian region and hopes to bring this amazing discipline to more people than ever before.

Alexandre Lopes is a portuguese traceur.  He was introduced to movement as early as 5 years old, through Karate, and after 7 years, capoeira. This taught him the importance of discipline and fluidity that he used later as a skateboarder and since 2006 in Parkour. He stumbled upon Parkour during a casual chat in university, and got hooked to this day. Training alone, he soon got in contact with the welsh community where he lived, and arranged for proper training sessions. Later on with friends from the portuguese community, he developed his skills and awareness in movement which by then had become a way of life.

In early 2007 he had the pleasure of training with the Yamakasi at the PK Generations RendezVous 2, and it got him more connected on a higher level as he learned so much from this experience. In the same year he was invited to join the Line Team Traceurs team from Portugal, which are now one of the most popular teams in Europe. In late 2008 he joined the recently renewed Arte Do Movimento (ADD) Portugal as a performer and also Creative Director. Since then he has collaborated on many Parkour related projects in Portugal.

As a teacher, Alex has participated in several workshops around the country for the past 5 years, sharing his knowledge through movement. As a performer, Alex has made some cameo appearances, interviews and live events which have been broadcast all over the world, as well as demos around the country, for private and public sectors. He is currently living his dream as Head Coach with Superfly Monkey Dragons:  to spread the benefits of this discipline for as long as he can. 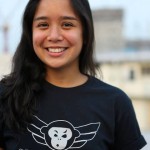 Consumer marketer by day, artist/dreamer/passion-chaser the rest of the time, Alex Romualdez got into Parkour because the other Alex (Lopes) and Derrick Siu forced her to try it with large promises that she would fall in love with it - and she did. Having grown up riddled with wanderlust in the sheltered cocoon that is the Makati Suburban Community, she found her "emancipation" in 2010 with a brief stint in America, followed by a big move to Singapore. She has since found fulfillment in the arts, teaching, design, the outdoors, philosophy, travel (especially the solo kind), business development, community management, and challenging her body to do things she never thought it could do before. Though still inhibited by fears, she allays them by slowly pushing the limits of aventure, health, fitness, and general expansions of the mind and body.

Inspired by the hard work, drive, and can-do-must-do attitude of Derrick, (the other) Alex, and the rest of the folks behind Superfly, she helps out from time to time with social media, admin, and logistics work, and is coordinating CSR efforts as well.

For more, you can reach her on Google+, her blog, or her website (which is admittedly 6 months outdated and will undergo renovation soon *scout's honor*). 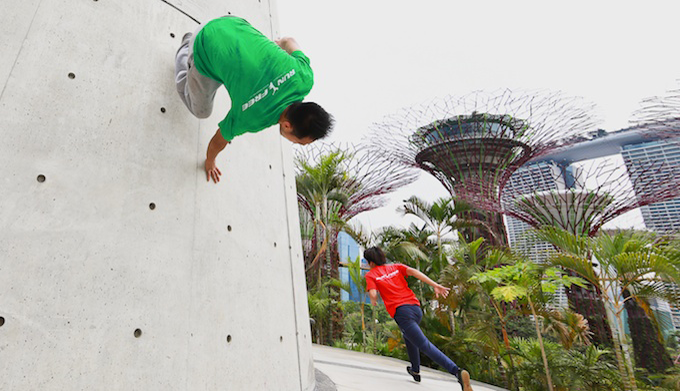 The Superfly Monkey Dragons Parkour Freerunning Academy & Agency offers progressive instruction in the Philosophy and Practice of Parkour as well as providing production services and talents for the media and events industry.  We are proud to be presenting Asia's First Parkour Freerunning Festival in Singapore.

Our core mission is to build people and communities through the amazing discipline of Parkour.

As an Academy we seek to share this empowering physical discipline by providing quality experienced instruction with all who wish to develop and challenge themselves in a fun, co-operative and disciplined practice. Our carefully crafted sessions focus on strengthening your body, developing control, co-ordination and balance thus providing a solid foundation to master the movements at your own pace.You will develop your mind, body and spirit, under the guidance of our awesome team of instructors who represent some of the most accomplished traceurs in Singapore.  Classes are designed to accommodate people of all ages, fitness levels and experience. No matter what your level: beginner, intermediate or advanced – our classes are sure to be fun, challenging and satisfying!

Click here to find out more about Parkour and book into a  Superfly Class!